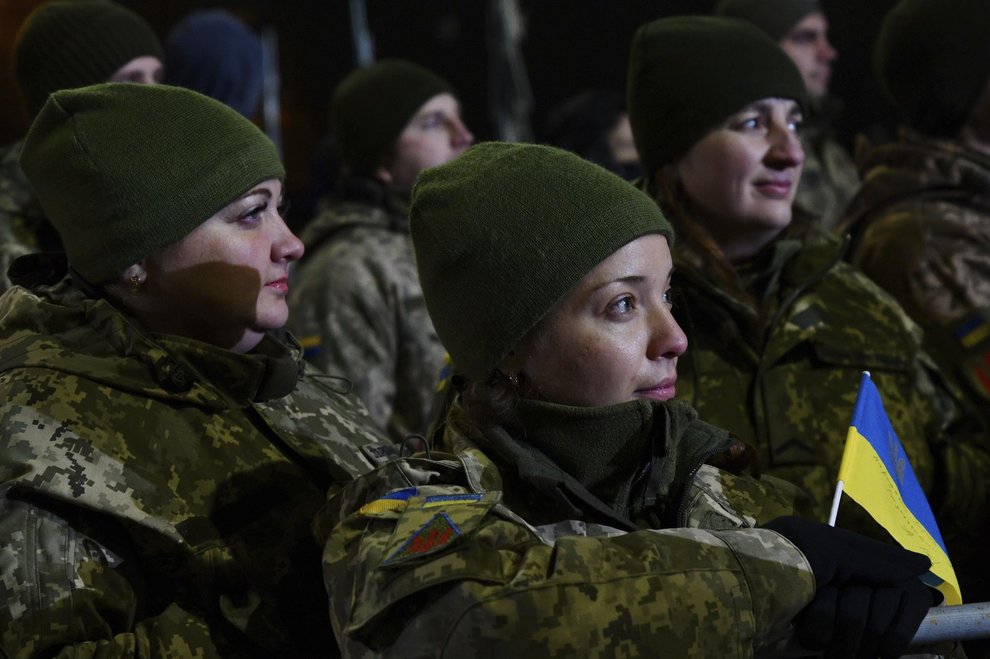 Think of the Ukrainians first

Pope Francis had called for Wednesday, January 26, to be a day of prayer for peace over Ukraine situation. (As always, “situation” means that something bad can turn into something much worse.) He said: “I make a heartfelt appeal to all people of goodwill to raise prayers to Almighty God that all political actions and initiatives may be at the service of human brotherhood rather than partisan interests.” There were no specific instructions on how to organize this prayer, but many Christians around the world knew what they were supposed to do.

I know that to pray for Ukraine means, also, to pray for Russia and to pray for these two nations means, also, to pray for all the rest of us. The stakes are very high. Of course, writing this post from Latvia as one of the countries directly affected by Russia – NATO talks makes it even more personal, but I don’t want to respond simply as a Latvian. I want to react as a follower of Jesus. I used to believe in the “myth of redemptive violence” (a phrase coined by Walter Wink, an American theologian, and peace activist), but not anymore.

“So, tell me… what is your opinion about the situation on Russia – Ukraine border? Will Russia invade Ukraine? How do people in Latvia feel about it?” I was surprised how many times actually I was asked these questions while visiting Minnesota, the USA for a Christmas holiday. Obviously, my American friends had been following the mainline news and were genuinely interested. I had no answers, just some vague opinions at best. I simply don’t know what the Kremlin plans or if there is a clear plan. As far as the reactions and feelings of the people in our region, I cannot speak for Ukrainians, Russians, or all Latvians for that matter.

The possibility of Russia invading Ukraine again (as it happened in 2014 and the war is still going on), well, the idea seems so normally abnormal that my mind wants to do the normal thing. It wants to think that Putin’s goal is just another “I will tell what you wish to hear” geopolitical bluff, another “if you don’t love me, at least you will fear me” nonsense, another show for the domestic voters that “your daddy can whip their daddy”, etc. We can make movies about being in the mind of John Malkovich, but who can read the mind of Vladimir Putin? One thing I do believe – Putin loves to occupy the minds of Russia’s neighbors. This is what all the so-called strong men love to do – to dominate global discourse and to invade our mental living space day and night. Therefore I don’t want to dwell on Putin’s mind but I choose to interpret the Kremlin moves as reading from his lips.

While listening to Vladimir Putin’s versions of mythical history where “Russians and Ukrainians were one people – a single whole“, where Ukraine is basically not a country and where the Ukrainians are basically Russians, the people in Ukraine are trying to read Putin’s lips, too. I think of the young Ukrainian men and women in new trenches along Russia and Ukraine borders. I think of the ordinary people stockpiling on food and other essentials. I think of the ordinary people who have learned to live with a constant threat and with a continuing war in eastern Ukraine.

The Russian state TV continues to give a complete mirror-image as an alternate reality of what is happening. In Putin’s official and public version for many years now NATO has a plan to encircle Russia, overthrow President Vladimir Putin and gain control of Russia’s energy resources. As foreign analysts rightly observe, “In Moscow’s view, repeated in nearly every newscast and talk show, Ukraine is a failed state entirely controlled by the “puppet master” — the United States. Europe is a weak and divided collection of lapdogs taking orders from Washington. Even the US, as frighteningly threatening as it is, is weak and divided too, torn apart by political division and racial unrest.” Yet, somehow these weak powers are still the greatest threat to Russia and if anything happens in Ukraine, it will be the fault of the West. Even by insisting to speak directly with the Americans, the Kremlin shows that it does not treat Ukraine as a sovereign nation, and the experience of the Ukrainians since 2014 does not matter.

I believe that words matter. Even in geopolitics, the words have deep and lasting consequences among the nations. One of the strongest Bible verses about the power of words comes from James 3:1-12 “How great a forest is set ablaze by such a small fire! And the tongue is a fire, a world of unrighteousness. The tongue is set among our members, staining the whole body, setting on fire the entire course of life, and set on fire by hell. [..] With it we bless our Lord and Father, and with it, we curse people who are made in the likeness of God. From the same mouth come blessing and cursing. My brothers, these things ought not to be so.”

The truth is that under the current leadership Russia continues to alienate its neighbors by words and actions. It has become a self-fulfilling prophecy and Ukraine is the very obvious example of it. Another invasion by Russia in Ukraine would be a tragedy with great loss of life on both sides. Therefore diplomacy, however difficult, is needed. We need to pray for the diplomats on all sides because their work is so urgent and crucial.