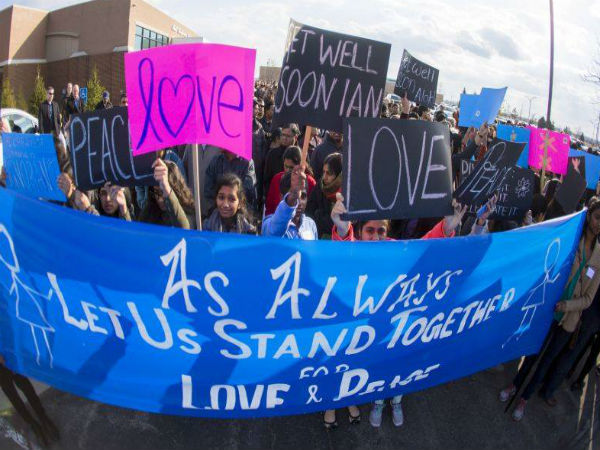 I have a new morning routine. I am not one of those people who can jump out of the bed once awake. I take my time and try to convince myself to look forward to getting up from the warm and cozy covers. The pillow has such a magnetic pull… So, I tell myself to make something useful of this ‘wrestling match’ and check the news headlines on my phone.

This morning I read the best news which made me so happy to get out of bed and live another day with hope and determination. I have been following the story of shooting of two Indian engineering students in a bar in Olathe, Kansas. One of them was killed and the other survived. One more sad hate crime committed by a distraught and unhappy man who had yelled out racial slurs and apparently thought that the victims were from the Middle East.  For those who have not heard what happened, here is a link to the news from February 22

The backstory brought me to happy tears and it deserves much more publicity.

First of all, the obvious hero in this incident is a local 25 year old guy, Ian Grillot. Someone who would be just another friendly face in a small town. Someone having a glass of beer and talking about going fishing the next day. But while he was hiding under the table and listening to the attacker firing shots, Ian was counting the bullets. Obviously he knows something about guns (as many Americans do) and he had made a fast decision to do something about this unfolding violence.

Ian went after the attacker, thinking that the weapon is out of bullets, only to be shot himself. The bullet pierced his hand and chest, hit his vertebrae and neck and barely missed the main artery. It is a miracle that Ian is recovering quickly and did not lose his life or ability to walk. When interviewed from the hospital bed, he said: “I was just doing what anyone should’ve done for another human being… It’s not about where he’s from or his ethnicity. We’re all humans. I just felt like I did what was naturally right to do.”

Now I found out more amazing details about the other patrons who were in the bar. The survivor, Alok Madasani, was helped a man named who ripped off his shirt and tied it around his leg to stop the bleeding. This act probably saved his life. “And earlier that evening, when the Indian engineers were at the receiving end of racial abuse, a businessman told them he’d taken care of their bill. He wanted to show that the language used by the suspected attacker was un-American.”

I try to imagine the scene and I can almost imagine how this tragic experience has united everyone who went through it. Sadly a life was lost but also the true meaning of life was found. When Ian said that he only did the naturally right thing, I think  about the power of these words and actions. When people use the slogan “Make America Great Again”, I hope they are thinking about Ian and those other brave people in the bar.

Something that was meant to divide and alienate people, has had the opposite effect. The community in this little town now is connected to people in India with a much stronger bond. There are already meetings with diplomats and Indian media and all kind of connections because of this. Also, the feature photo in my blog is from a Peace March and Vigil.

Thank you, Ian, for counting the bullets while not counting  your own life! 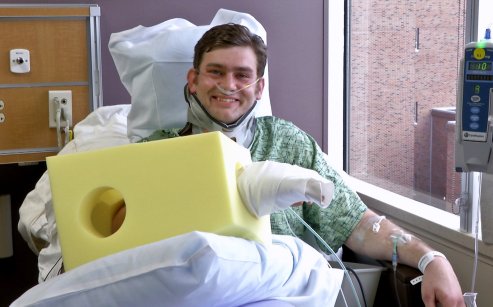