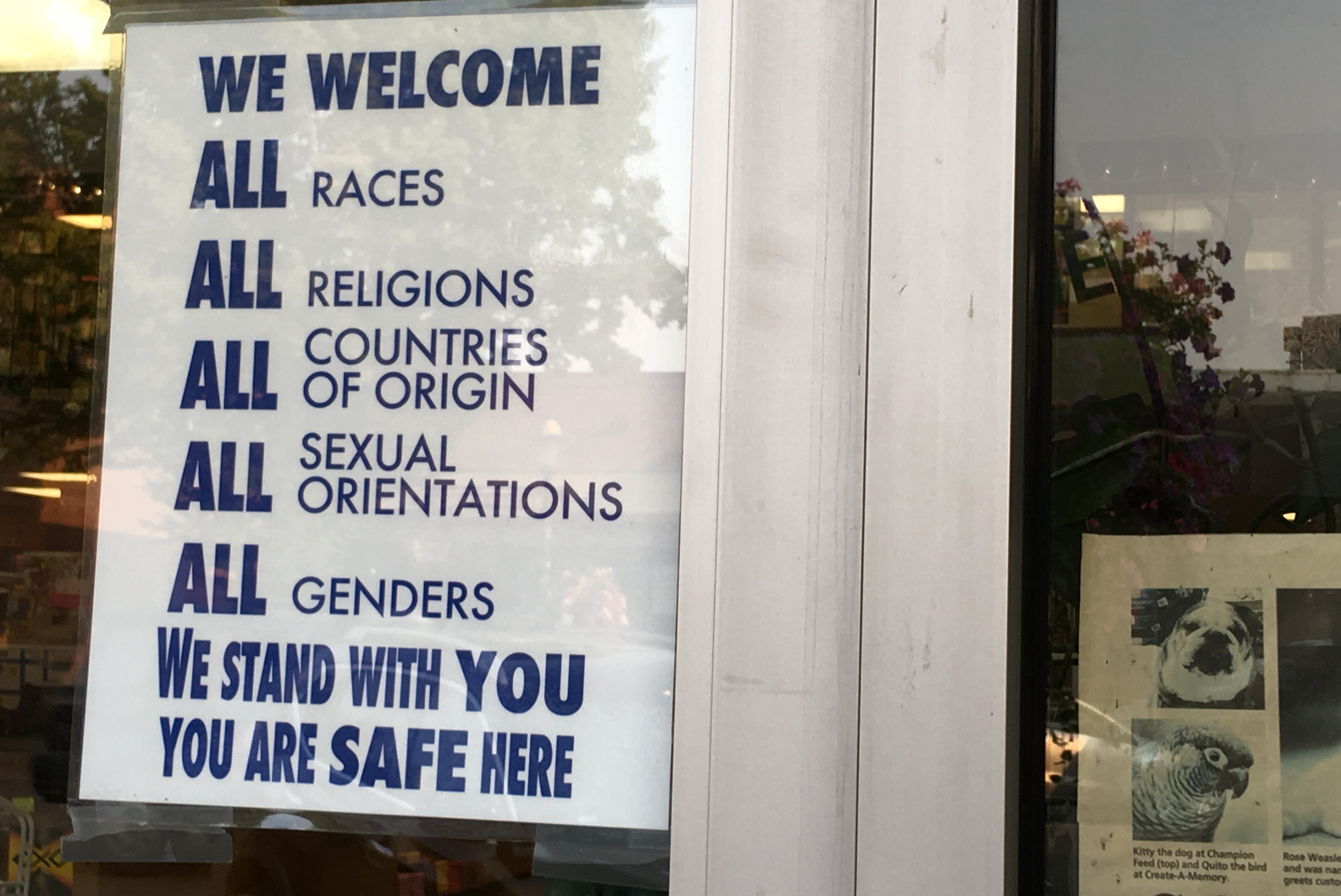 Oregon diary: The art of sanctuary

I will admit the sign in the shop window first surprised me. I was entering a store for used books, looking at the posters and local advertisements and there it was. You could not miss it! “WE WELCOME… ALL RACES… ALL RELIGIONS… ALL COUNTRIES OF ORIGIN… ALL SEXUAL ORIENTATIONS… ALL GENDERS… WE STAND WITH YOU… YOU ARE SAFE HERE”

Safe? In the store? In the city of Salem? In Oregon? Safe from what?

Then I remembered that there are U.S. cities and counties which declared themselves as sanctuaries for undocumented immigrants. What I did not realize that there are also five sanctuary states with laws that limit how local police can cooperate with federal immigration agents! Oregon is one of them and actually the first state to pass such a law. The others are California, New Mexico, Colorado and Illinois.

According to Salem Weekly News, “This state law, passed in 1987, did not begin life as a specific sanctuary law for undocumented immigrants. Some say it was in response to racial profiling of U.S. citizens born in other countries, while others believe it was a way for local police to get out of footing the bill for enforcing Federal Immigration laws. Whatever the original intent, this law is a tug-of-war issue in the controversies over the rapidly shifting U.S. Immigration and Customs policies.”

Immigration is such a hot and divisive issue. Even while writing, I know that it is very complicated and certainly not “either/or”. We see how many government elections and referendums around the world are wrapped around this question. Who belongs and who does not. Who is welcome and who is not. Who is local and who is immigrant (no matter how many generations later). Who is “us” and who is “them”. Who is “good” immigrant and who is “bad” immigrant. Which religion is “acceptable” and which one is “threatening”. Which country’s citizens we want and which ones we don’t want.

I love America and certainly feel very welcome and accepted here on my visits. But I do know that not everything in the story of this “country of immigrants” is as it seems or as told by the “official” version. For example, friends in Minnesota can tell me about the days when there were signs “Irish are not welcome”. And the Protestants in certain communities did not want to welcome the Catholics and vice versa.

Recently I heard a comment from an American friend who was very reflective, “Yes, we are a country of immigrants. But we, the European descendants, do not think of ourselves as the immigrants in America. The ones we call ‘immigrants’ are the non-Europeans – Asians, Africans, Hispanics… everyone who does not look like us.”

When I saw the sign in Oregon, it reminded me why I like this Pacific Northwest state so much. It is not perfect by no means but I like the strong spirit, broad mindedness and the attitude of being pro-active. Oregonians have strong opinions, choose to act and obviously this shop was making a loud and clear statement.

How fitting for a store that is selling books and stories of our interconnected and shared human existence and experience!